Welcome to the Convention Awareness Project - Texas 2022 Convention List!
It's taken a while but CAP-TX is back!  Click on the name of any show to be linked to that convention's website for further information.  The 2021 listings have only just started to be confirmed, so expect this page to be updated repeatedly in the coming weeks and months.

The (Long Overdue) Return of CAP-TX

Greetings everyone in the Texas convention community.  What a ride the last eleven months have been!  This goes without saying, of course.  From convention goers to artists to organizers to vendors and everyone else who has enjoyed the convention scene in the Lone Star State over the years before and since my labor of love website was launched, everyone has felt the blow that is living in a pandemic.

So today I have set my sights on recovery, at least of this site and my attention to the thing.  As shows begin to announce their plans for this year (and before a quarter of it is gone) I have a new determination to provide the most comprehensive listings of Texas conventions of fandom interest available anywhere.  There was I time I could accurately state that you can find all of the conventions I list somewhere, but you could not find every single one of them listed on a single sight anywhere else.

It is high time that time comes back anew! 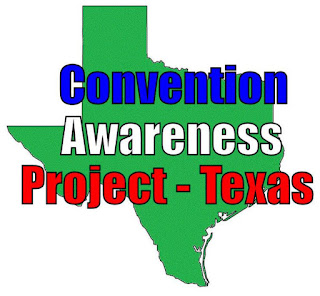 As many know, the cancellation of 3/4 of the All-Con weekend last March hit me pretty hard.  While I am not one of the producers of this convention, it has been a massive part of my life for over 15 years.  This coupled with the uncertainty of the convention scene in 2021 in general knocked me out of the saddle for far too long.  This post is my official pronouncement of saddling up and providing the listings so many have come to rely on since this simple site was launched so many years ago.
Huge thanks to everyone who has reached out via the Convention Awareness Project - Texas Facebook page.  Your words of encouragement are one of the reasons I am returning to this and my other long-neglected personal projects (pretty much The JediCole Universe in general).  Please feel free to reach out via the Facebook page to help me stay on top of the conventions that are upcoming from mid-February through December 2021.
Once again I will say..."You Can't Go If You Don't Know"!   How I have missed that slogan!

I was recently interviewed for a new website for Dallas/Fort Worth and surrounding areas, North Texas Nerd.  The interview is All-Con heavy (I have been a part of that show its entire existence), but touches on many aspects of conventions in the Lone Star State including CAP-TX.

Be sure and click on the Home button to check out all of the fandom interviews that showcase what makes North Texas such a great place to be a fan!

Check out the interview here!
Posted by JediCole at 3:18 PM 2 comments:

Click on the name of any show to be linked to that convention's website for further information.  The 2019 listings have only just started to be confirmed, so expect this page to be updated repeatedly in the coming weeks and months.

Convention Awareness Project - Texas was inspired by a great many aspects of my life as a convention attendee, promoter, guest, content provider, and vendor.  From the first convention I ever attended to the most recent, I have had a special place in my heart for these gatherings of fandom.  One of the most prominent figures in the Texas convention scene was lost to us late last year and I only just discovered this fact today.

Larry Lankford, founder of the Dallas Fantasy and FairBulldog Productions, passed away on December 25, 2013 at the age of 53. 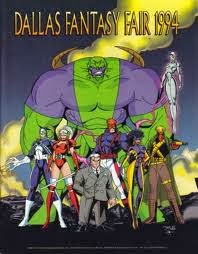 While not the first shows I had ever attended, Larry's were the ones I attended most often in the late 80s and early 90s.  It was at these conventions that I started a project that that I still pursue from time to time to this day, having contributing artists to the original Marvel Universe and Who's Who character guides sign the pages featuring their work.

The Mini Cons that were produced in conjunction with the Fantasy Fairs offered some of the best opportunities for me and Mrs. JediCole to sell comics and collectibles, a hobby that became a business (A Piece of the Action Collectibles) and then a hobby again over the course of 20 years.  To say that the Dallas Fantasy Fair was a big part of my life as a fan and collector would be an understatement.  I was fortunate enough to have had the opportunity to meet Larry as both a vendor at his shows and as an attendee at some of the Harvey Awards ceremonies produced in conjunction with Fantasy Fairs in the late 80s and early 90s.

As I said on a Facebook post today, the very place I learned of his demise, Larry always did right by me.

If the Dallas Fantasy Fairs were a big part of your convention experience, please visit the memorial page for Larry Lankford and sign the guestbook.

Email ThisBlogThis!Share to TwitterShare to FacebookShare to Pinterest
Labels: In Memorium

On Saturday, September 21, 2013 the DFW GI Joe and Action Figure Show II will be held in Grapevine, Texas.  I talked with Keith from the Dallas-Fort Worth GI Joe Collector's Club about the upcoming toy show. 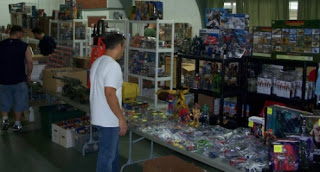 Admission:
$5.00
$10.00 for families
Free admission for Boy Scouts in uniform as well as military, police, fire fighters, and other law enforcement with valid ID 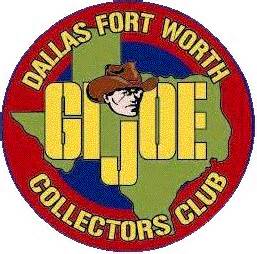 Be sure to check out the show's Facebook page as well as the home of the GI Joe Collector's Club for more information!


Note:  All above information is provided based on contents of the websites maintained by the conventions in question.  Any inaccuracies are not the responsibility of said conventions or Convention Awareness Project - Texas.  This is a free service to both conventions and convention goers and errors are certainly possible.  Please consult the websites of the individual shows for further information when planning to attend any given show.

They are printed on heavy stock, fully licensed, and produced by C2 Ventures (published in 2006).
Posted by JediCole at 11:06 AM No comments:

The Show Must Go On! - An Open Letter to the Texas Convention-Going Community

Welcome to my labor of love.

The Convention Awareness Project -TX website went live on Tuesday, January 1, 2013 and featured what is intended to be the most comprehensive listing of conventions in Texas to be found anywhere on the internet.  Spawned from a personal dedication to the Texas convention scene and as an offshoot of two live Convention Awareness Day events held in past years, it was my express purpose to create a one-stop resource for convention goers to discover every single show being held in the Lone Star State.  Furthermore, I wanted to feature more than just a month-to-month listing, so I began to seek out interviews with the organizers and promoters of the shows featured.

For the early part of the year these ends were achieved remarkably well.  I received tremendous support from convention organizers when it came to utilizing this resource for free promotion of their shows.  And frankly I had more time at my disposal to seek out such interviews and meticulously search for conventions of fan interest that had escaped my initial sweeps in late 2012 and early 2013.  In more recent months it has been a challenge to simply keep the listings updated as new shows come to my attention.  Various constraints have left this site wanting for attention and new content.

This has been bothersome to me and my plan is to put a greater effort into this site now that my primary home on the internet, The JediCole Universe, is running at full steam with a compliment of recurring features.  I will be reaching out to the promoters of conventions coming up between September and December to obtain interviews and return to more detailed features on all upcoming conventions week to week.   At present I am also compiling the initial 2014 listings so if you are aware of any conventions coming up in Texas in the new year, please drop me a line here.

When I created CAP-TX I had the fan community in mind first and foremost.  Support and praise for this site from said community has been nothing short of amazing.  While you can find listings for every one of the shows I cover here on the internet somewhere, mine is the only site that brings them all together in one place with links to the individual sites of each convention for your convenience.  An unexpected offshoot of this site was as a resource for convention vendors.  As a former show dealer of over 20 years I was amazed that this use of the site had not occurred to me from the outset.  Furthermore, an artist friend of mine wrote to me this year to express her gratitude for this site as a means to find more venues to showcase and sell her work.

Through various channels, including hundreds of postcards I have distributed at conventions in the state, word is spreading about Convention Awareness Project - Texas.  If you have friends who enjoy attending conventions please link this site from your Facebook or other social media sites, ask your local comic shop to request postcards for this site, and let the promoters of your favorite shows know about my efforts.

We are fortunate in Texas to have one of the larger convention scenes in the United States, one which grows every year.  Supporting such shows, large and small, will insure that we always have plenty of conventions around the state during the years to come.  My personal goal with this site is to generate excitement for, as well as awareness of, the Texas convention scene.  Having missed out on many a show in my day it seemed the best possible service to fandom to create and maintain such a website.

Remember - You Can't Go If You Don't Know!

P.S. If you would like to be a part of CAP-TX by writing feature articles on upcoming shows, your personal convention experience, or aspects of convention-going (costuming, volunteering, show production, etc.) please drop me a line.