What does this little fellow have to do with All-Con 2013? 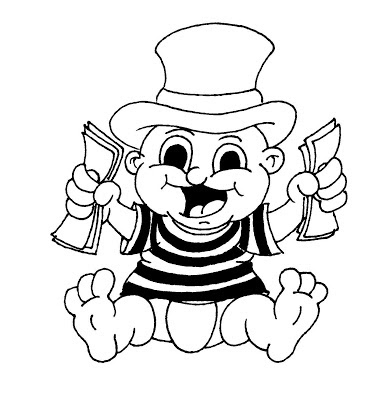 This and other questions about All-Con 2013 (Addison, TX; March 8-10, 2013) will be answered in the coming days and weeks as the official Three-Site Pre-Show Coverage of All-Con begins in earnest.

Special coverage of a variety of aspects of this amazing convention can be found here, on The JediCole Universe site, as well as my other podcasting home, the United States of Geekdom.  To kick off this coverage I am publishing a very important announcement.

Headlining guest for 2013, Sylvester McCoy (Doctor Who, The Hobbit) has cancelled his appearance due to conflicting professional obligations.  All-Con is offering an impressive line-up of guests and the most voluminous quantity of programming in its nine year history, so if you love a good weekend show packed full of more things than you can imagine, buy your membership today!  Find out for yourself why this is the most highly recommended convention I will be covering all year.

To say tracking of conventions in Texas alone is a challenge (albeit a fun one) is an understatement.  Just yesterday no less than eight new shows were added to the mix for the rest of 2013.  Then this morning I got an invitation via Facebook to yet another show!

For those who want a head start on the fun and festivities of A-Kon 24 at the end of May there is a very special event today only.  My apologies for this short notice but I only found out less than half an hour ago!  The event is, of course, Mini A-Kon VI in Denton, TX. 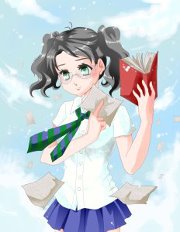 Fans of anime will gather at the North Branch of the Denton Public Library today to celebrate their favorite genre of animation.  This free event offers a glimpse into what A-Kon itself is like (on a much smaller scale) and is absolutely free!  There will be voice actors from Funimation on hand, an Art Show and a Cosplay Contest.  Plus you will find local artists, open gaming, anime screenings, and other activities all afternoon.

Remember, You Can't Go If You Don't Know!

Posted by JediCole at 5:23 AM No comments:

The new year is only just getting going and already I find myself covering another show and yet again in San Antonio, Texas!  So it is shaping up to be a great weekend to find yourself down that way!

The event in question is something of a mini convention for those who are really into steampunk in its various incarnations.  This is one of the most unique conventions I've ever encountered as it is something of a formal gathering of enthusiasts but is very much open to those who are keen to discover this community.  In other words, no steampunk costume required!  This is of course The Gray Ball to be held over two nights at the historic Spanish Governor's Palace over the course of two nights. 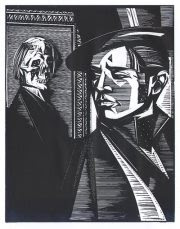 Presented by the San Antonio Neo-Victorian Association, this unique spin off from Aetherfest is the first of a series of such events to be presented throughout the year.  I spoke with Pablo, one of the producers of The Gray Ball about this weekend's festivities...

Pre-Registration (through January 16, 2013 only, see website link)
Ticket prices include both nights of the event, single night tickets are available only at the door.
$35.00 Standard
$55.00 VIP
$150-$200 Chrononaut Pass

Check back in the coming months for news of future such Steampunk events in San Antonio including the upcoming Arcadian Clockwork this spring!

Posted by JediCole at 9:20 PM No comments:

This Saturday, January 19, 2013, marks the end of a chapter in Texas convention history.  After 20 years Eckman’s Card, Comic and Toy Show will be presenting their final incarnation at the Live Oak Center just outside of San Antonio, TX.  While this, thankfully, does not mark the demise of the show itself, it does bring an end to something of a tradition in Texas.  A tradition I knew precious little about until last October.  NOTE: The Eckman's website has extensive information on the new venue in New Braunfels but this weekend's show is in Live Oak!

As a convention dealer off and on for easily 30 years I had head the name Eckman’s mentioned more than once by colleagues.  All too often I was told that I really needed to get on the waiting list for this show as it consistently brought in the crowds.  So much so that it was said that you could expect to be on the waiting list for tables for as much as a year!  Few if any are the collectibles shows that can boast that level of dealer loyalty.  But unfortunately I was never personally able to sell at one of these shows and had only attended the penultimate one just about three months back.  And what I saw was as impressive and spoke of the show’s history and importance as a local venue for collectors.

Dale Eckman, the show’s founder and namesake, was very much in presence throughout the day.  In him I saw something of myself when I produced my own Comic, Toy, and Collectibles Swap Meets some years back.  Here was the heart of the convention zipping here and there, trading jokes and greetings with the vendors, engaging those attending, and generally having the time of his life.  He appeared to be a man very much in his element.  And he was adding to the fun by personally leading a procession of costume contest (it was near Halloween after all) hopefuls around the entire center in view of all.  When a convention is simply a venue for buyers, the addition of anything that makes it an event helps make it more than an opportunity to spend money (on admission) for the purpose of spending more money.

The event itself was a collector’s dream.  The massive space was packed with tables that served as the temporary home for sellers of comic books, statues, toys, books, and collectibles from every decade.  From the latest Hot Wheels Batman vehicles to vintage tin lunchboxes (including the Planet of the Apes lunchbox that was popularized in the 70s on Welcome Back Kotter), there really was something for everyone on hand.  I personally scored a Star Trek: The Motion Picture Arcturian action figure (c. 1978) for a mere $7.50!  And that was just one of my many purchases on that autumn Saturday.  But for every new addition to my collection I had to pass on two or three other offerings at various tables as my budget is not unlimited.

And now I find myself looking forward to a return trip to Eckman’s to attend and cover their final show in Live Oak, Texas.  The city has sold the facility and necessitated the relocation of future such shows to San Marcos.  For this final fling, Eckman’s is offering free admission but are asking for a $1.00 donation to The Wounded Warriors Project.  If you are looking for a great venue to fill in blanks in your collection, you really owe it to yourself to make the trip to Eckman’s Toy and Collectibles Show!  And if you should happen to miss this one, you can plan ahead for their first show at their new home, the New Braunfels Convention Center (New Braunfels, TX) on Saturday, 2013.

Look for me, Cole “JediCole” Houston out on the show floor shopping, photographing, and interviewing while also shamelessly plugging this site and The JediCole Universe.  Be sure and say hello if you happen to catch up with me.  I always like hearing from anyone who has seen my websites and enjoyed my writing and podcasting efforts.

Now Get Out There and Collect!
Posted by JediCole at 12:10 PM No comments:

You Can't Go If You Don't Know! - January/February Edition

As the slogan for this site reminds, "You Can't Go If You Don't Know!"  And it is with that axiom in mind that I present a listing of conventions and shows that are coming up in Texas in the remainder of January and all of February.   If you are aware of any conventions that are not on the following lists that occur over the next two months, please contact me with details. 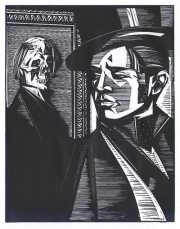 January has seen one convention come and go but still has much to offer.  The Gray Ball is a unique Steampunk convention being held in San Antonio.  Little information is available on this show as its producers have yet to respond to my interview request.  Be sure to check out their website for what details may be found there. 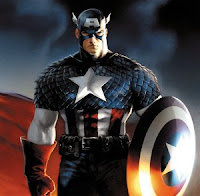 This month also marks the end of an era in Texas conventions.  Eckman's Toy Show will be holding its last incarnation in Live Oak after an impressive 20 year run in the same venue.  This show will offer free admission, though the promoters are asking for a $1.00 donation for The Wounded Warriors Project.  Other groups exhibiting at the show will also be seeking donations for their favorite charities.

With several shows being held each year, Eckman's represents an amazing success story of the Texas convention scene.  Sadly I attended my first such show late last year, the penultimate edition as it worked out.  I highly recommend attending this show as they say farewell to  their longtime home.  I am working to arrange an interview with this convention's creator to discuss its long history, the loss of their venue, and the plans for their relocation to New Braunfels.

February offers conventions around the state that appeal to a wide variety of genre fans.  From Ushicon's anime draw to Con DFW's sci-fi and fantasy literature offerings to the next huge Sci-Fi Expo with all of its many guests.  Look for more information and interviews on these shows in the coming weeks.

Please note:  The CAP-TX website is designed to bring information on upcoming conventions in Texas on a timely basis.  As a result, announcements like the following have only a limited duration of viability.  As conventions profiled on this site come and go, the original announcements will remain for two months afterwards to provide links to help you find out more about the next annual, quarterly, or periodical incarnations of the conventions in question.  Any recorded interviews will be removed a week after the shows as most information within is pertinent only to the show weekend in question.

The Convention Awareness Project - Texas starts its run with a bang!  Or at least its first formal convention feature!

In this case your host, Cole "JediCole" Houston speaks with Chris of this weekend's North Texas Comic Book Show in Dallas, Texas.  Check out the interview then all of the details below...

Lou "the Incredible Hulk" Ferrigno
Appearing Saturday and Sunday.
Autographs start at $30, variable rates for other items or photo ops. 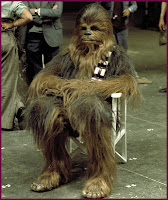