There are those of us in the convention scene here in Texas that seem to be everywhere.  Convention fixtures among whom I count myself.  Those of us who not only attend or sell at conventions but also have a presence that leaves a lasting impression.  You may not know all of these folks by name, but you know the people of which I speak.  And one of these folks simply can’t be missed in a crowd – PurrKayla!  If you have attended conventions in the Dallas/Fort Worth area especially (as well as Austin’s Wizard World incarnations) you have undoubtedly seen our favorite feline super-hero.  And you may well have met Tom as well, her husband, assistant in super-heroics, and constant companion. 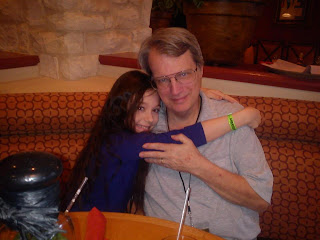 On Friday, March 22, 2013 I received the sad news that Tom had passed away.  I have had the privilege to have known Tom and PurrKayla for a number of years now.  And further to have, in some small way, been a part of launching the very public convention presence they shared.   If you ever met or saw PurrKayla at a convention you would never forget her.  She loves conventions, fandom, and above all the kids to whom she is the most approachable super-hero in the world.  And you likely saw or even met Tom, her unassuming number one fan, ever just outside of the spotlight because that is where he preferred to be.  He was not PurrKayla’s sidekick so much as the Alfred to her Batman, the Jarvis to her Avengers – always there for whatever is needed.

There is another hero with whom I am most familiar, the Mighty Placeholder.  He is most often seen at All-Con and is known as “the hero’s hero”.  I feel that convention goers need to know there was another hero’s hero, the hero to not only PurrKayla but  to all of us who strive to enhance and celebrate the richly diverse convention scene.  His name was Tom.
He was the hero behind the hero, the star behind the star.  And all of us who frequent conventions in Texas, especially in the Dallas/Fort Worth area, owe him a debt of gratitude.

Fun With Deadpool in April

From the very first convention I ever attended, a small hotel show put on by Duncanville Bookstore back in the early 80s, I have been silly for conventions.  As an attendee, a vendor, a panelist, an emcee, and even a producer, I have had a history with the Texas convention scene that spans three decades.  And even with all of that history I can still be taken by surprise when someone in the convention community reaches out to me.  Thus was the case when Chris of North Texas Comic Book Shows asked if I might be interested in moderating a panel discussion on the Marvel anti-hero Deadpool! 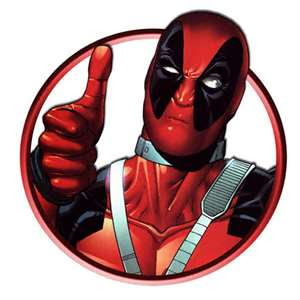 Needless to say the answer was yes!  Very interested, indeed.  And while Deadpool is not a character who’s exploits I have followed, I have moderated discussions with a lot less to go on at the outset.  And this is more than just the character in the mix.  Deadpool artist Carlo Barberi and Deadpool: Merc With a Mouth writer Victor Gischler will be guests of the next North Texas Comic Book Show on Saturday, April 13, 2013 in Dallas.  If you are planning to attend be sure to check out the panel as I talk all things Deadpool with two of the folks behind making him one of the most popular characters in the Marvel Universe!

But there is so much more!  The North Texas Comic Book Show consistently brings you a variety of dealers selling comic books, action figures, Hot Wheels, original art, toys, and collectibles.  You never know what you will find at this show.  And they always have some fun surprises in store.  Stay tuned for more as we get a bit closer to April.  I hope to see you there!
Posted by JediCole at 6:00 AM No comments: